We’ve heard from many clients that the magic moment for them was when they were able to create a debit card, add it to Apple Pay and make a real purchase. While instant account creation and use is available for banking apps like AngelList or Mos, the banking infrastructure that powers them lacked that experience. Today, we’re changing this with the ability to create an account, get an API key, and build experiences that use real funds to make real world transactions. There’s never been a better way to build a banking proof-of-concept and get that ‘aha’ moment.

Unit was founded on the idea that building banking shouldn’t take 18 months and a seven-figure investment. This new pilot environment extends that idea to enable anyone to build accounts, cards, payments and more with real funds immediately. Companies like Savvy started their journey with a pilot app that enabled them to prove the use case and then transition to production.

“With Unit we were building our MVP in minutes, and using our app with real funds in the real world. We were able to build a fully functional and secure product in a live environment with confidence that it would work as expected.”
- Kevin Cox, Co-founder of Savvy

Now, @anmolm_ and anyone else can get bank accounts up and running, and make real transactions just as easily as they can build in the sandbox.

The DX of using @unit_co_ is also unparalleled. Was able to get bank accounts up and running and making transactions in less than 24 hours.*

(On their sandbox, obvs not live accounts & txs) https://t.co/IMFG69tLNy

We have opened up our platform to allow developers to immediately sign up, onboard, issue a card, fund an account, and more. The pilot environment provides the same capabilities available on the production environment, with some limitations.

Builders using pilot will have access to the same core features also available in the sandbox and production environments; create accounts, issue virtual cards, fund accounts, make payments, and more. Physical cards will be coming to the pilot environment soon.

With cheaper, easier, and faster access to banking infrastructure there’s never been a better time for fintech founders and product, engineering, and design teams at software companies to build banking. Sign up now to start building in the pilot environment today! 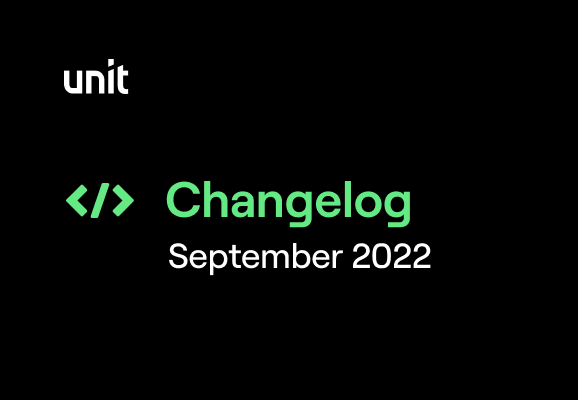 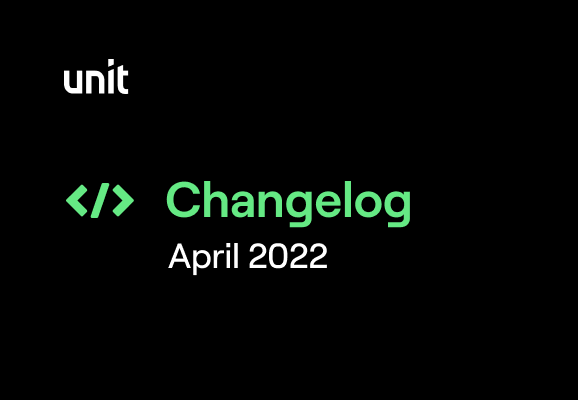 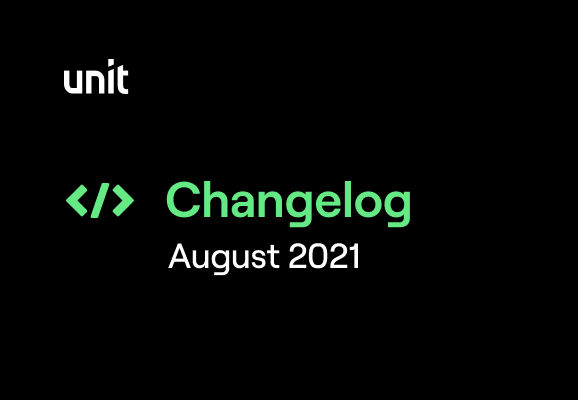