Today, we’re excited to officially launch Unit to help companies build financial features into their products: accounts, cards, payments and lending. We’re backed by an amazing group of investors and supporters, and to date we’ve raised $18.6 million from Better Tomorrow Ventures, Aleph, TLV Partners, Flourish Ventures and Operator Partners, as well as 30 angels, many of whom are the world’s top fintech operators.

Doron and I have previously co-founded and spent a decade building Leverate, a market leader in technology for online brokers, which now processes $100b+ in monthly trading volume. Since 2008, we’ve witnessed and enabled the rise of fintech 1.0, which was defined by products. It was all about startups focusing on one financial product (investing, lending etc.) that raced to gain distribution before the incumbents could innovate.

We’re launching Unit just as the conversation in fintech is shifting from products to audiences. It’s by now become cliche, but in the past decade, every company has become a tech company. Increasingly, many companies also want to be fintech companies — or at least offer financial services to their audiences. Financial features offer more value, increase loyalty and help those companies create game-changing revenue streams.

We think of this shift as the beginning of a new era: fintech 2.0. This era is not about 100 fintech startups trying to beat incumbents with slightly better products. It’s about thousands of tech companies using their unfair advantage — the flywheel of distribution, trust, software and data — to launch massively successful fintech businesses in their verticals. Whether you label them as fintech companies or not, the next era of fintech is all about them.

While there’s plenty of talk about the idea that more and more companies want to embed financial features, we don’t discuss enough just how hard that remains. The reality is that many tech companies are prevented from realizing their vision for adding financial features, from simple payments to financing options. These offerings still rely on direct relationships with sponsor banks and a fragmented world of legacy vendors. The few tech companies that ventured into fintech were forced to master an incredibly complex world of bank relationships, tech and compliance. For more, see our post: Banks, middlewares and Unit: making sense of banking infrastructure.

So while infrastructure players in other categories — like payment acceptance — sufficiently abstract away the biggest challenges that exist in the legacy financial system, such progress hasn’t yet happened in financial services at large.

That’s where Unit comes in: We are a true plug-and-play platform that helps tech companies launch financial features with 90% less time and effort. Unit runs on a set of pre-built bank relationships. Our tech and compliance teams work relentlessly in the background, streamlining complex workstreams and handing our clients exactly what they’re asking for: a set of powerful APIs and a dashboard. This approach helped our first clients build end-to-end banking experiences in as little as 4 weeks.

Keeping things so simple requires skills that go beyond engineering and product. We’re thrilled to announce that Amanda Swoverland has joined us as Chief Compliance Officer. Amanda is a former regulator and among the most respected compliance leaders in the United States. She was most recently Chief Risk Officer at Sunrise Banks for 9.5 years, leading the bank’s entire risk and compliance organization and designing partnerships with Gusto, Remitly and other large fintechs.

Much has been said about the unbundling and bundling of banks — but this trend has mostly been examined through products, which were the dominant lens in fintech 1.0. We believe that the entire conversation in fintech should (and will!) shift to audiences. As the flywheel keeps spinning, tech companies will gradually become the most important link in the supply chain for financial services in hundreds of verticals.

We’re excited to catalyze this next era of progress. Let’s get to work.

If you’re looking to launch financial features and would like to understand how Unit can help, contact us to book a demo. (And if you’re excited about what we’re building, we’re hiring!) 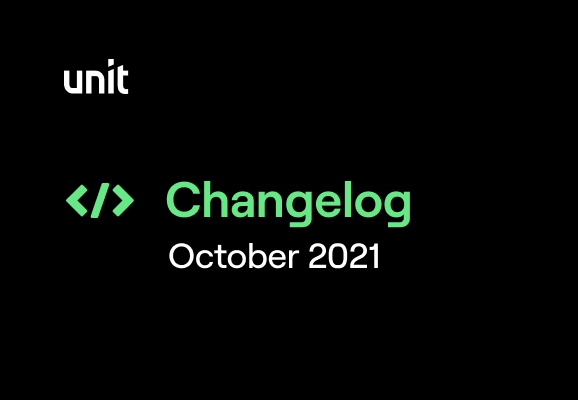 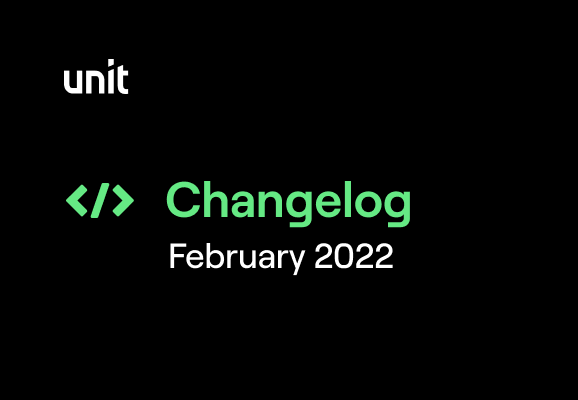